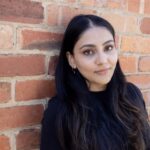 Scientific brilliance and technological innovations make news on the daily – but often the stories that lead to them don’t manage to see the light of day.

We’re bringing you one such story, of grit, determination, and a relentless need to help people heal through medicine – the story of our 2022 Pause Awards Hall of Fame recipient – Professor Fiona Wood.

Professor Fiona Wood is one of Australia’s most innovative and respected surgeons and researchers. She’s also Director of the Burns Service of Western Australia, a Consultant Plastic Surgeon at Fiona Stanley Hospital and Perth Children’s Hospital, co-Founder of the first skin cell laboratory in WA, Winthrop Professor in the School of Surgery at The University of Western Australia, and co-Founder of the Fiona Wood Foundation.

Her contributions to medicine in the fields of plastic surgery and burns treatment are well known. But her journey hasn’t been simple, and it’s rather a long one too. She began her work at St. Thomas’ Medical School in the UK in the 1980s. Pining for a career that combined research, innovation and surgery, she worked under the supervision of the plastic surgical team consultant, Mr. Brian Mayou, who went on to become one of the most influential people in Professor Wood’s life.

Her desire to focus on treating burn patients came about during her time in England. She witnessed a young boy from the Air Force who had suffered severely and healed, but yet needed plastic surgery to help rebuild him. This incident drove Professor Wood to beg the question, “How could we avoid this happening in the first place?”

After losing a patient to insidious infection despite initial recovery, she hyper focussed her practice on healing, believing that there was more to be done to facilitate scarless healing – in mind, body and spirit.

Professor Wood’s dedication to improving outcomes for burns patients and expanding the knowledge of wound healing furthered in 1991 when she was trained as West Australia’s first female plastic surgeon. Her ability to lead a team and direct innovation for future clinical care was recognised quickly, deeming her as a prominent leader in her field.

Spearheading the Burns Service of Western Australia as Director at an early stage in her career, she was adamant on growing skin cells that took 10 days, not 3 weeks. It is here that she met scientist Marie Stoner, and together they co-invented and pioneered the ‘Spray-on Skin’ technique.

Trialling and testing various spray nozzles that eventually led to a resale kit for patients’ bedsides, they were harvesting cells, bottling them up, and spraying them onto burn wounds – a process that unbelievably took under 30 minutes. This meant reduced healing time, lesser scars and suffering, and lesser risk of infection.

It’s a no-brainer that their Intellectual Property (IP) needed to be commercialised. And so it was in 1993. They set up a Not-for-Profit foundation with royalties that funded their future research, and AvitaMedical, the company commercialising the IP, helped in the adoption of their product globally. The technique, now known as ReCell, was widely publicised in the aftermath of the 2002 Bali bombings – many survivors of which were treated by Professor Wood and her team themselves.

“We’ve got a long way to go – working on opportunities to make things work better, feel better – everything’s a journey. I’m very proud of the people I’ve worked with over the years, and particularly proud that we’ve made a difference to those suffering post-burn injuries.”

It is this enduring legacy that has awarded her many honours. She was named a Member of the Order of Australia (AM) in 2003, awarded the Western Australia Citizen of the Year award in 2003 and 2004 for her immense contribution to medicine, and was also awarded the Australian of the Year title in 2005.

“It’s great to be able to share these stories with Pause Awards, and to let you know that our work is ongoing. Pause Awards is building better ecosystems by recognising people who do real things – and I’m proud to be seen as one of them.”

The fact that these innovations with fellow scientists have led to true impact for patients and science around the world is reason enough to honour and induct Professor Fiona Wood to the Pause Awards Hall of Fame.

Defiant Ones, On The Rise

I Wish I'd Done That, Design First